The Timelessness of Cops & Detectives, or: Loose Sartorial Associations 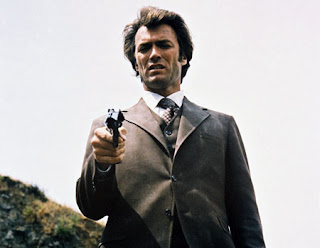 Here’s a stream-of-consciousness post that I refuse to refine or edit. Besides, it requires more work and would only blur my original train of thought anyway...

I’ve always liked the rogue cop/detective/private eye genres. Aside from the action-oriented and individualist elements that inhabit these films, I get a sense of timelessness about them. I used to think that the only worthwhile detective movies were ones that took place circa 1934-1954, give or take a year or three. Besides, there weren’t really many contemporary detective movies from the ‘60s onward that provided the atmosphere that a black & white movie did. Oh, there were throwbacks like Chinatown, but even that referenced an earlier time.

It wasn’t until I reacquainted myself with the first two Dirty Harry movies that I realized that the rogue cop and the private eye were apart from their times and existed on the fringes of society, serving as wry and cynical observers of the world’s madness. They’re about as far removed from the everyday world as a character can be. They’re transitory figures in every respect: Their home lives are nonexistent; their relationships are limited to brief interactions with weasly snitches and frequently-tipped civil servants who provide them with leads. These guys, to quote Anthony Vincenzo in Kolchak: The Night Stalker, “don’t have a rapport with society.” They move freely within society while never belonging to any aspect of it. In fact, the cops hate the private eyes and the private eyes—who were once cops themselves—resent the bureaucrats and thugs who inhabit the force; it’s a mutual disdain that’s fueled many a movie. Cops and detectives are working towards the same goal, only they have what might be termed conservative and liberal ways of going about it. 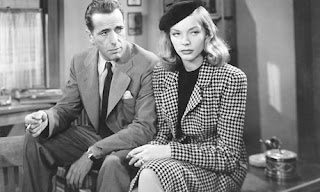 Get ready for some clothing talk.

I was hung up on the trench coats and fedoras of that Golden Age, and associated those articles of clothing with the worlds of Mitchum, Andrews, and Bogart. How could a cop or detective get by without them? How could a guy bust crooks wearing ball hugger jeans and eye-stabbing tab collars? That could never happen…and it didn’t. Harry Callahan didn’t wear powder-blue leisure suit, ruffled cuffs, or a lemon-yellow ascot. Conservative Clint wasn’t about to trash his character’s dignity with some Neo-Edwardian duds, anyway. Dirty Harry’s wardrobe signified timelessness, with his simple sweater vests and (non-bell-bottom) slacks, and tasteful sports jacket. Yes, it was just his clothes, but it gave me the impression that Callahan was a character not of his time, and he could very well have existed alongside Robert Ryan’s Jim Wilson character in 1952’s On Dangerous Ground. Callahan existed only to do his job, and his crap attitude and non-existent social life further proved that. Gene Hackman’s Popeye Doyle and Roy Scheider’s Buddy Grosso dressed like regular Joes and eschewed the garish fashions of the early ‘70s, all the while living like animals, eating slices of crappy cardboard New York-style pizza in the freezing cold while their quarry ate sumptuous meals in the finest restaurants. Sleeping was a fleeting act between knocking drug smugglers’ heads in and choking down putrid black coffee that sat on a hot plate for two days. Heck, even funktastic private dick John Shaft wore subdued and tasteful clothes in the urban-blighted Harlem of 1971. They weren't a part of society, outside of the job they had to do, so why would they embrace any aspect of a decaying culture?

I’m sure this wardrobe stuff was all by design, though I haven’t actually seen any scholarly treatise on film detectives’ wardrobes that would confirm what I suspect, but all signs point that way. The common link that these characters had was that cynical and detached world view that’s necessary to cope in these dangerous and dehumanizing jobs. A Robert Ryan or Clint Eastwood character isn’t likely to adhere to the old lie: “People are basically good.” Wishful thinking doesn’t keep these guys alive; knowing human nature does.

And to think that this post came about because I noticed that Harry Callahan didn’t dress like a flamboyant, middle-aged pimp... 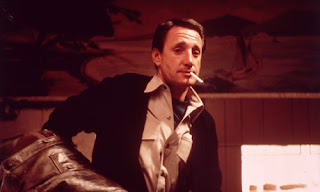 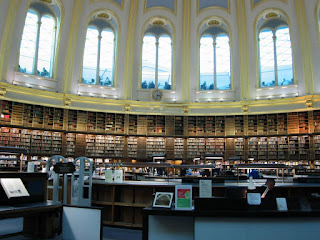 One of the best things about blogging is when someone comments on what you've written. 99% of the time it's something complimentary or encouraging, though it's often a way of plugging one's own site, which is how I've discovered many of the fine blogs I follow. However, every once in awhile there are comments left that amuse for all the wrong reasons. In June 2010, I posted the somewhat contentious opinion in Elizabeth Taylor: The Shrillness of You. There were some great comments left on that entry, but none more amusing and to the point than this most recent one:

"Elizabeth Taylor is one of the greatest actresses that has ever lived, and the films of Liz you claim to despise are a bunch of the greatest films made in Hollywood. I think you are a fucking ignorant idiot with no real taste."

Of course, I had to print that one! And of course, the person who left that comment had a private profile and no blog of their own, so they risked nothing in terms of their own blog. I'm amazed, but not surprised, at how fanatical classic movie fans can be about their idols. I've never understood how someone could be offended or insulted by someone else's viewpoint. I remember being equally taken aback when discovering that Judy Garland fans despise Mel Tormé because he wrote a tell-all book about his time on Garland's early '60s TV show; people should just stop with the blind hero worship.

So the question is: have you ever received a "strongly worded" rebuttal to something you've blogged about that crossed the line into the realm of personal attack?