Some Came Back: Notable Late-Career Performances of Golden Age Actors

I've long been fascinated with late-career performances of just about every Golden Age (or thereabouts) actor whose prime was during the Hayes Office days and seeing them let loose in a movie without that long-since-gone institution’s restrictions. Since 1967—my arbitrary pick for a year of major change in American cinema--the dominance enjoyed by television forced a lot of aging, once-popular performers into accepting some ghastly trash: think Joan Crawford in Trog or Ray Miland in The Thing with Two Heads. That’s the lowest rung of desperation for once-glorious movie stars and probably a future topic here.


On the positive side of things, there were several stars that fared quite well and who re-launched their careers to become TV icons (that post is Here). For today I’d like to recognize a few performances by Golden Age actors who continued to impress in films long into their illustrious careers had passed their prime. Given Hollywood’s long-standing ageism, these are of course supporting roles, but with performances that have resonated with me for a variety of reasons. Of course there are probably dozens of fine performances from which to choose, but of movies I’ve seen recently, here are a few notable, but not obvious, examples: 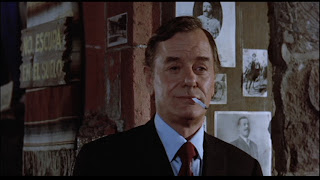 Young enjoyed a brief career resurgence playing sociopaths after winning a Best Supporting Actor Oscar for 1969’s They Shoot Horses, Don’t They?  Young plays what someone referred to as a “bored sadist” in the part of Quill the hitman in Sam Peckinpah’s Bring Me the Head of Alfredo Garcia.  Young’s Golden Age origins are even referenced when he claims to be one “Fred C. Dobbs”, which was Bogart’s character in Treasure of the Sierra Madre.  Young has only a few lines of dialogue, but his performance is so good that he manages to be riveting and sickly amusing just through the use of body language and a hilarious array of deadpan facial expressions.  The performance would be downright hilarious if he didn’t exude such insouciant menace.  The mention of Golden Age films in 1970s movies is something I touched on in the Film Culture post Here. 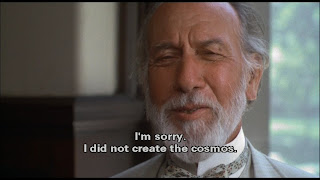 
I consider Ferrer a great actor regardless of the era. He narrowly missed making my top-ten list, but that doesn’t make him any less regarded in my mind. I had never seen him do a comedic film before, but he was magnificent here. In the lightweight Woody Allen romp, Ferrer is Leopold, a university professor who is perhaps the most arrogant, pompous know-it-all of any Woody Allen film. Leopold’s personality can be distilled with just a couple lines dialogue. “I didn’t create the universe. I merely explain it.” He spends the rest of the movie belittling everyone, singing like he’s in love with the sound of his own voice, and pontificating on every topic imaginable. 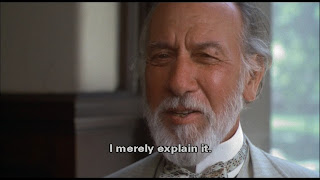 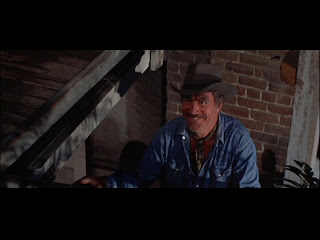 The decidedly unglamorous character study of a modern-day western family brought director Sam Peckinpah—it’s that man again— to a subject dear to his heart.  Steve McQueen’s tough luck title character returns home to find his family coming apart and while the film has flaws, the performances by the four main actors are pitch perfect, but it’s the fantastic contributions of Robert Preston and Ida Lupino that make this film worth watching.  Preston defined his career with Harold Hill in The Music Man, and while some of that slick charm is in evidence here as Ace Bonner, Preston dials down it down and becomes as   charming rogue as he’s ever been.  He plays McQueen’s father and the two are in such perfect balance with one another.  It’s one of the best father and son character interactions I’ve seen.

Ida Lupino as Ellie Bonner, on the other hand, is the contemporary equivalent of the frontier woman; she’s tired, run down, and has heard every line of BS ever spoken (and you will have read a few more by the time this post ends).  She’s tough but never brash and never so weary that you can’t see her eyes and not know her heart is melting.  Lupino makes Ellie a genuine person.  I was on the fence about her during her earlier acting parts, but seeing her here made me a fan for good.  She and McQueen also get a fine scene together in what would be in most films dull exposition.

…and anyone who can emote convincingly and non-distractedly under an early ‘70s bouffant and make you forget it’s there must be doing something right. 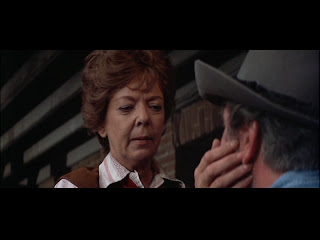